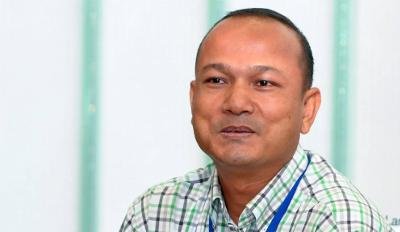 A Municipal Court in Phnom Penh, Cambodia has dropped all charges against well-known worker rights advocate Moeun Tola. Tola is the Executive Director of the Centre for the Alliance of Human and Labour Rights (CENTRAL). This decision comes after a six-month long legal process and persistent national and international pressure.

Tola, along with two other civil society leaders, Pa Nguon Teang, a freedom of the press advocate, and Venerable But Butnenh, an activist monk, had been charged with “breach of trust” on January 18 for their alleged involvement in the embezzlement of funds intended for the funeral of murdered government critic Kem Ley.

Members of the Ley family stated repeatedly, both in public and in front of the court, that the charge was unsubstantiated since the three men never handled funeral funds.

The prosecution of the three activists has been widely viewed as being part of a broader government-led campaign to silence independent voices and shut down the main opposition political party and independent labour and human rights organizations.

While this decision is an important victory, charges have not yet been dropped for the other two activists. Am Sam Ath, of the Cambodian League for the Promotion and Defense of Human Rights (Licadho) welcomed the dropped charges against Tola but reiterated the need for courts to do the same with the charges against Nguon Teang and But Butnenh.

Criminalization against human and labour rights defenders continues to be a serious issue in Cambodia. MSN and our international allies will continue to monitor this situation.