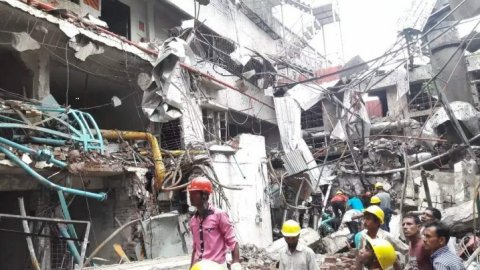 A July 3 boiler explosion at the Multifabs Ltd. garment factory in Bangladesh has reinforced the need to expand the scope of the Accord on Fire and Building Safety to include boiler safety inspections. The deadly explosion killed at least 13 workers and injured dozens more.

The Accord’s factory safety program does not currently include boiler safety inspections, though the renewed three-year agreement that begins in May 2018 allows for an expansion of the scope of inspections.

According to a media report from Bangladesh, following the explosion, police filed a criminal complaint against ten individuals, but the only three people named in the complaint were killed in the explosion.

Accord Witness Signatories are calling on the Bangladesh authorities to stop blaming the victims, to focus on carrying out an impartial and thorough investigation and to provide just compensation to the families of those killed and the workers injured in the explosion.