More brands should disclose where their clothes are made, says new transparency report 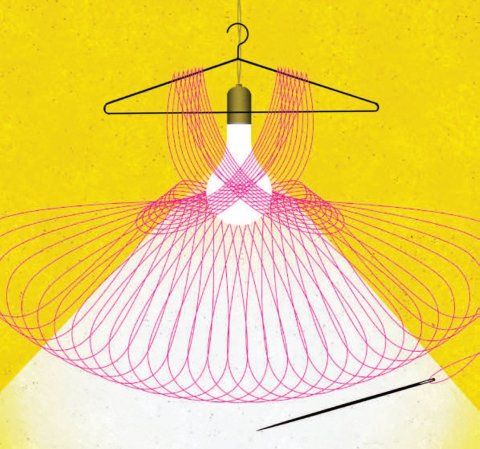 Report reveals that while 17 leading international apparel and footwear brands are or will meet minimum standards for supply chain transparency by the end of 2017, other major brands and retailers still have a lot of catching up to do.

The report was released four days before the fourth anniversary of the Rana Plaza building collapse which killed over 1,100 workers and injured over 2,000. Prior to the tragedy, virtually no public information was available on which companies were sourcing products from factories in the building. As a result, worker rights advocates had to search through the rubble for clothing labels to determine which brands and retailers shared responsibility for the preventable disaster.

The 40-page report, “Follow the Thread: The Need for Supply Chain Transparency in the Garment and Footwear Industry,” was published by an international coalition of nine human and labour rights and trade union organizations, including the Maquila Solidarity Network (MSN). Coalition members wrote to 72 major brands and retailers around the world, urging them to adopt and implement Transparency Pledge standards, which are based on good practices of leading companies in the industry.

Those minimum standards include public disclosure of:

Four of the companies contacted are Canadian: Mountain Equipment Co-op, which is close to meeting the full Pledge standards; the Hudson’s Bay Company, which discloses the names and addresses of some, but not all of its private label supplier factories; Loblaw, which discloses names of factories and countries of manufacturer, but not addresses, and Canadian Tire (owner of Mark’s and Sport Chek), which has not agreed to publicly disclose any information on its supplier factories.

A basic level of supply chain transparency in the garment industry should be the norm in the 21st century,” said Aruna Kashyap, senior counsel for the women’s rights division at Human Rights Watch, “Openness about a company’s supply chain is better for workers, better for human rights, and shows that companies care about preventing abuse in their supply chains.”

For a brief history of the fight for supply chain transparency in Canada, click here.