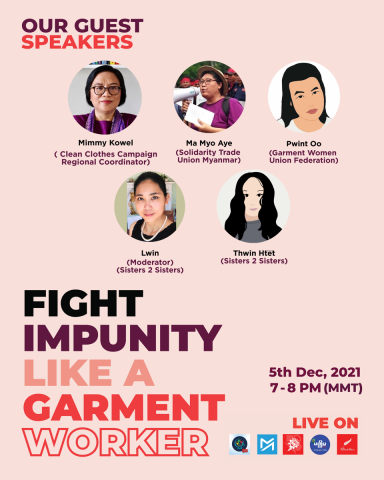 The Clean Clothes Campaign, of which MSN is a member, is supporting the #fightlikeagarmentworker solidarity campaign for Myanmar’s garment workers, organised by #Sisters2Sisters and JASS Southeast Asia, in collaboration with Solidarity Trade Union of Myanmar (STUM). The aim is to mobilise global solidarity with garment workers in Myanmar and ensure their voices aren’t silenced or forgotten.

The campaign is underway, running during the 16 days of activism following the International Day for the Elimination of Violence Against Women on November 25 and wrapping up on December 10.