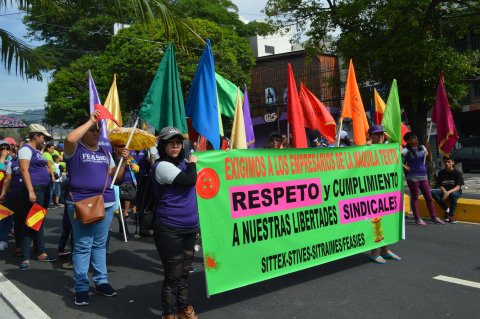 The three-page report provides brief analyses of the political and economic context within which the tripartite minimum wage negotiations took place in each country, highlighting actions of a variety of actors including government, industry, women’s organizations and trade unions.

In September 2018, MSN and EIL co-published a more in-depth study on the enormous gap between the minimum wages for Central American workers and the cost of living for those workers. The MSN section of the report described worker struggles for increases in the minimum wage in Asian countries and international campaigns and initiatives for living wages for garment workers.