Bangladesh government not ready to take over role of Accord 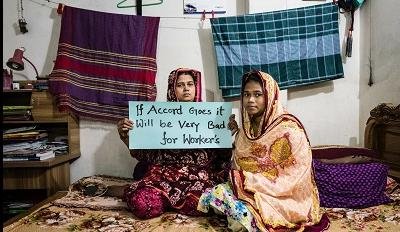 According to the report, the Bangladesh government is using legal proceedings before the country’s Supreme Court to prevent the Accord from continuing to operate in Bangladesh. A negative ruling by the Court on April 7 could force the Accord to close its Dhaka office and operations without taking into account whether national agencies are ready to take up that work.

The Accord’s factory safety inspection program was launched in 2013 in response to the Rana Plaza tragedy, in which over 1,100 workers were killed when a building housing five factories collapsed. It is currently responsible for carrying out safety inspections, monitoring progress on corrective action, organizing health and safety training for workers, and investigating anonymous complaints from workers on safety hazards.

According to the report, the failure of the government’s inspection agency to remediate fire and building safety violations in factories not covered by the Accord demonstrates that national inspection agencies are not yet ready to take over this work in the 1,688 factories currently covered by the Accord. It calls on the government to work with the Accord signatory companies and unions to create a transition plan that puts worker safety first, with handover of factories being conditional on readiness.

“As many lives have been senselessly lost to factory disasters in the past decade, it is unconscionable for the government to rush the transfer of responsibilities of the one safety programme that has brought substantial progress,” concludes the report.