Do Mexico’s labour law reforms live up to commitments in USMCA? 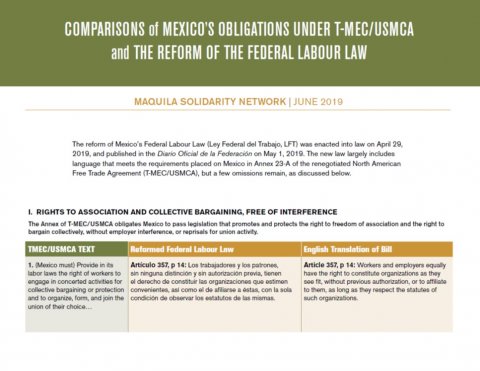 On May 1, 2019, Mexico published its long-awaited reformed Federal Labour Law, which the Morena government promises will guarantee the right of workers to be represented by a union of their free choice and to have an active role in collective bargaining.

The lack of freedom of association in Mexico has been a major obstacle in negotiations for a revised North American Free Trade Agreement (now known as USMCA or T-MEC).

This resource tool published by MSN compares the relevant articles of the revised Federal Labour Law with the commitments made by Mexico in Annex 23-A of the Labour Chapter of the yet-to-be-ratified free trade agreement.