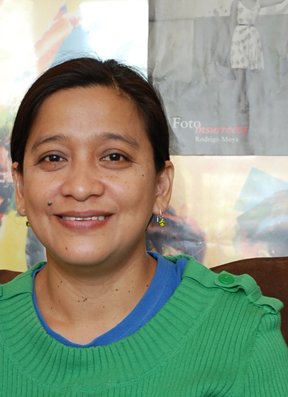 At the end of July, MSN was deeply saddened to receive the unexpected news that our long-time friend and fierce defender of garment workers’ rights in the Philippines, Cecilia (Cecil) Viscayno Tuico had passed away.

Over the past two decades, MSN worked with Cecil and others at the Workers Assistance Centre (WAC) to support Cavite export processing zone workers who were fighting for recognition of their legal right to organize unions and bargain collectively for better wages and working conditions. Cecil’s unswerving dedication to improving the lives of workers and her deep commitment to the workers involved in these struggles was an inspiration for all of us at MSN.

In Canada, and among our network colleagues, Cecil was known for her calm, thoughtful and optimistic outlook, even in the most difficult moments when workers faced violent repression for standing up for their rights. She saw crises, and even temporary defeats, as opportunities for workers to become better educated about their rights and class interests and the long-term goals and objectives of their struggle.

Besides collaborating with Cecil to support WAC struggles, our paths also crossed in two global networks -- the Clean Clothes Campaign and the Good Electronic Network – where Cecil and WAC’s leadership in supporting international solidarity with workers’ struggles around the world was recognized by all.

We at MSN and our allies in the global worker rights movement will greatly miss her.

From the MSN Archives: