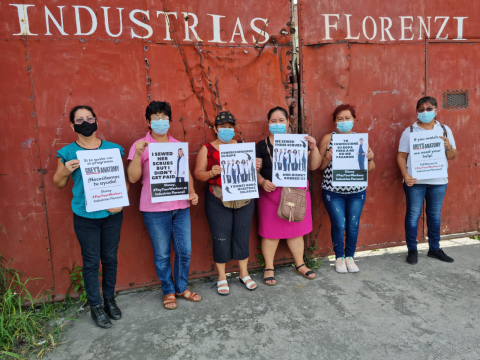 Even before the factory closed, the workers were robbed. The company deducted money from paychecks for government social security programs as required by law, but then pocketed that money.

The workers have been protesting for months to demand their unpaid wages and severance. In early 2021, desperate for funds to support their families, workers went on a hunger strike for seven weeks.

The Industrias Florenzi workers and allies demand that Disney, which owns Grey’s Anatomy, and its vendor, Barco Uniforms, ensure the workers who made their product receive the $1.3 million they are owed.