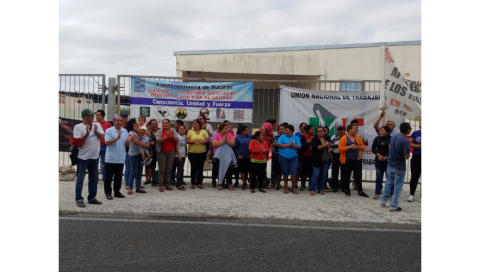 Workers formerly employed by the clothing manufacturer, Alabama Mexico, in Yucatan, Mexico are protesting the company’s failure to provide full legal severance pay, back wages and other compensation owing after the company closed its factory in late December 2018.

Workers remain outside the factory preventing the company from removing machinery from the plant, which, according to a Mexican newspaper, La Jornada Maya, the company attempted to do in late December. According to local media reports, while some of the workers have accepted severance pay that is less than their legal entitlement, workers with more seniority who are entitled to higher severance pay continue to protest outside the factory.

Alabama Mexico is a sportswear manufacturer. Two Montreal-based companies, Coalision Inc and Lamour International, imported products from the factory in 2016 and 2017. Coalision owns and distributes Lolë brand activewear products and has retail stores in Canada, the US and Europe.

MSN will be monitoring this situation.