Tell NIKE to #PayYourWorkers from the Ramatex factory in Cambodia 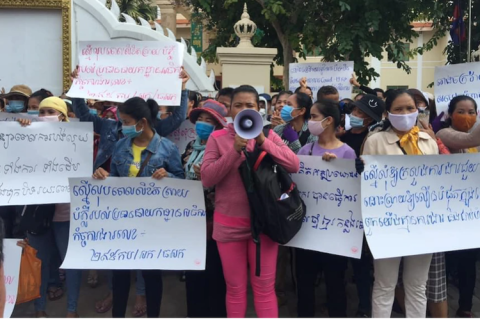 In Cambodia, over 1,200 garment workers lost their jobs in July 2020 when the Violet Apparel factory, owned by Ramatex, suddenly closed. In response, the workers demanded compensation, as well as their legally owed bonuses and unpaid wages. Nike is one of the companies linked to the factory but claims to have ended its relationship there in 2006. Photos and workers' testimonies tell a different story - the factory was producing Nike clothes as a subcontracted supplier for many years, including the year the factory closed. Nike (the largest buyer from Ramatex Group) has thus far failed to take responsibility.

Approximately 1,200 workers from the factory have been waiting two years for for over US$1 million in compensation. Help keep up the pressure on International Women's Day! Join the Clean Clothes Campaign in urging Nike to ensure the workers are paid.

Tell Nike and Matalan to #PayYourWorkers