Will the Accord be allowed to continue its life-saving work in Bangladesh? 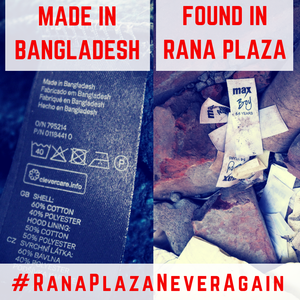 Today marks the 6th anniversary of the collapse of the Rana Plaza building in Bangladesh, which killed more than 1,100 garment workers and injured over 2,000 others. One positive outcome of this preventable tragedy was the creation of the Accord on Fire and Building Safety in Bangladesh, which provides for independent factory safety inspections, transparent remediation of factory safety hazards, an anonymous complaints process, and health and safety training for workers.

The Accord, to which MSN is a Witness Signatory, is a legally binding and precedent setting agreement that currently covers the supplier factories of over 190 brands and retailers. Yet, despite the success of this precedent-setting agreement, the Bangladesh government and industry associations are currently attempting to expel the Accord from Bangladesh, arguing that their national inspection agencies are perfectly capable of taking over the work of the Accord.

A May 19th hearing before the Appellate Court of the Bangladesh Supreme Court could determine whether the Accord can continue to operate in Bangladesh or must close its Dhaka office and operations in the country. Meanwhile, recent fires in the FR Tower and buildings in Dhaka’s Chawkbazar district that killed over 95 people have raised serious concerns over the ability and willingness of the Bangladesh government’s inspection agencies to detect and remediate fire hazards.

MSN is joining with the other Witness Signatories to the Accord -- Clean Clothes Campaign, International Labor Rights Forum, Worker Rights Consortium -- in calling on the Bangladesh government and industry associations to work with the Accord to gain agreement, prior to the May 19th hearing, on a transition plan that is conditional on the readiness of national inspection bodies to take over the Accord’s work.

April 23 media release from Accord Witness Signatories.
Witness Signatories’ recent study on the lack of readiness of the Bangladeshi inspection agencies to take over the work of the Accord.
OPINION piece by Kalpona Akter: Six years after the Rana Plaza collapse – what happened to the goodwill of the garment industry giants?