Workers in crisis in the garment industry in Mexico: a conversation with the Worker Support Centre 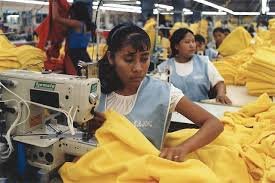 The COVID-19 pandemic has dramatically affected the lives and livelihoods of workers in Mexico’s garment industry. Nearly a year after the start of the health and socio-economic crisis, the Worker Support Centre (CAT, in Spanish) has authored two reports on the devastating impacts of COVID-19 on garment maquila workers in the State of Morelos. The reports are based on the CAT’s ongoing monitoring of workers rights violations in the sector and on interviews with workers in five garment factories. The CAT has been promoting workers’ human and labour rights in the garment and textile sector for more than 20 years, first in the state of Puebla, and more recently in Morelos. In early February, MSN spoke (virtually) with two colleagues at the CAT to learn more about their work and the pandemic’s ongoing impacts on workers.

The impact of the COVID-19 pandemic
Throughout the COVID-19 pandemic, the CAT has continued to support workers in the garment industry, by providing them labour rights training, and support in cases of gender-based violence at work and workers’ complaints against various employers. The CAT has witnessed first-hand the impact of the pandemic on the lives of thousands of workers whose rights have been violated and who, in many cases, have lost their jobs.

Beginning in late March 2020, the CAT collected information through interviews and direct contact with workers in five garment factories in the State of Morelos. The two reports that resulted from these interviews present a dramatic picture of the situation facing garment workers. According to Blanca Velázquez Díaz, the coordinator at the CAT, “since the beginning of the pandemic, we have witnessed workers being denied their fundamental labour rights, suffering temporary suspensions from work during the first months (March and April), and being permanently dismissed starting in June.”

The job losses had multiple negative impacts on workers and their families. For workers on temporary suspensions, especially vulnerable workers with chronic health risks, their wages decreased month after month. “At the start of the suspension period, workers were receiving the minimum wage, and in many cases this amounted to approximately 800 pesos [40 US dollars] per week, which is not enough to provide for a family. In the months following the temporary suspensions, employers stopped paying the minimum wage altogether,” says Rogelio Cuebas, a CAT member who carried out worker interviews for the reports. “Many workers had to move in with family members to be able to afford basic needs,” he said.

Factory reopening
The situation worsened in June, when many workers returned to work in the five factories where the CAT carried out interviews. According to Rogelio, “those who were lucky enough to be recalled to work are now getting 400 or 500 pesos per week and face risks to their health due to the lack of sanitary measures in the workplaces. They don’t even have access to drinking water inside the factories…, and when the government sent in inspectors, factories were compliant, distributed soap and facemasks. But as time went on, the inspections stopped and implementation of all health protocols, such as social distancing, handwashing, use of facemasks, was up to each individual worker. And the workers have to meet nearly the same production levels as when the factory was operating at full capacity, without receiving overtime pay and having to work on Sundays.”

For the approximately 3,000 workers in Morelos’ garment factories, the CAT estimates lost their jobs over the pandemic period through the beginning of February of this year, the situation is even more challenging. Employers at these factories, with the support of the protection unions, forced workers to resign, paying severance of between 5,000 and 6,000 pesos (250-300 US dollars). According to the CAT’s calculations, workers were legally entitled to at least three times that amount. These covert dismissals were coupled with the threat that if workers filed complaints with the authorities, they would never be rehired in any of the factories operating in the area. As a result, the vast majority of workers accepted what they were offered.

Looking ahead
Although the overall picture for garment workers in Morelos is bleak, Blanca pointed to one positive development, the labour reform process currently underway in Mexico. However, there is still a long way to go between what’s written in the law and the day-to-day reality workers face in the factories. “The main challenge for the reform is how to effectively promote union democracy for workers, and how to ensure that workers know their rights,” says Blanca. “We also need to push for gender parity and a more equitable distribution of care work between men and women.”

The pandemic has exposed the precariousness of work in the sector, and in many cases, it has deepened the abuse of workers by employers. Reversing this process is the challenge ahead.

Read the testimonies and analysis authored by CAT (In Spanish)