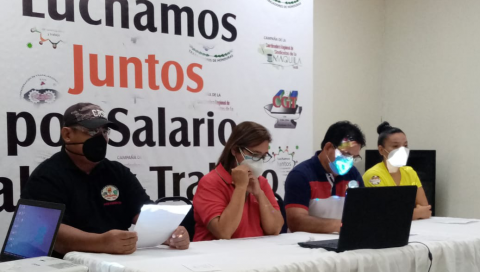 On September 16, the Regional Coordinator of the Central American Textile Maquila Trade Unions (CRSMT) launched the We fight together for the recovery of wages, health and work campaign.

The CRSMT, which includes union federations from El Salvador, Guatemala, Honduras, and Nicaragua, is calling on eight major garment manufacturers and brands operating in or sourcing from the region to enter into dialogue with them to achieve agreements to improve the protection of garment and textile workers’ health, incomes and rights during the pandemic and for the longer term.

Gildan, Hanesbrands, Fruit of the Loom, Delta Apparel and Tegra are all major direct employers of garment workers in the region.

To generate public support for and draw companies’ attention to the campaign, CRSMT-member unions have staged demonstrations outside garment factories in their respective countries, organized webinars, and spread their message widely on social media. 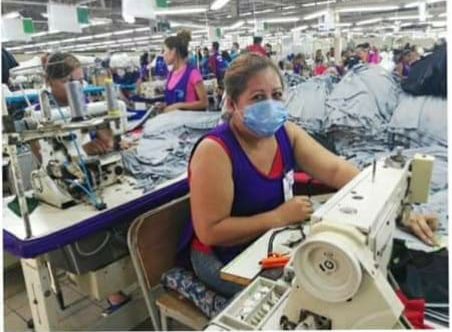 The impacts of the pandemic on the region’s approximately 320,000 garment and footwear workers has been devastating. Government-imposed lockdowns in El Salvador and Honduras in April and May and a reduction or complete cancellation of orders by major brands throughout the region since April resulted in temporary suspensions of over 200,000 workers and the permanent dismissal of approximately 30,000 others. According to the CRSMT, many factories have had to close their doors permanently, and some are teetering on the edge of closure.

The vast majority of garment workers in all four countries suffered a dramatic loss of income over the pandemic period. Two countries, Honduras and Guatemala, provided some emergency financial support during the lockdowns through government programs, however, in both countries the amount was well under the legal minimum wage. In El Salvador, many workers received no wages during the lockdown. Although there was no government order to shut factories in Nicaragua, the CRSMT reports that approximately 5,700 Nicaraguan workers were dismissed while another 27,000 workers were temporarily suspended in March and April alone due to order cancelations or lack of available raw materials. There are no reliable statistics for Guatemala.

In the factories that continued to operate or have since transitioned back to full operation, workers regularly raise serious concerns about their employers’ lack of compliance with COVID health and safety protocols. They also report cases of discrimination against union members, pregnant women and workers with chronic illnesses for both recall to work and wage payments while on furlough. Several cases of firings of union members have been documented.

In the midst of the health crisis, the region was hit with two back to back hurricanes – Eta, on November 3, and Iota, just under two weeks later. Both storms swept through Nicaragua, Guatemala and Honduras on almost identical trajectories, displacing hundreds of thousands of people and resulting in more than 160 deaths. In Honduras’ maquiladora region, the storm destroyed maquila workers’ homes and possessions and flooded garment and textile factories.

In addition to recovering lost wages, and ensuring health and safety measures 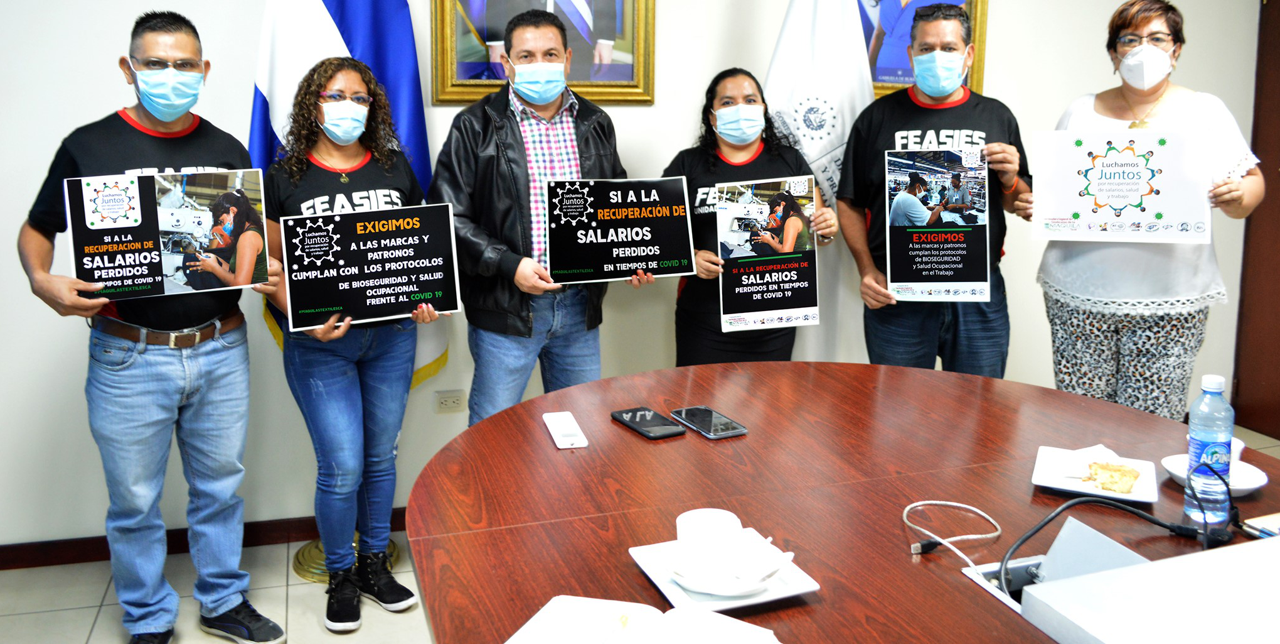 in factories to protect workers, the CRSMT is calling on brands to contribute to a regional fund that would guarantee workers six months wages in the event of another “crisis,” which could include disasters such as the devastation caused by the two recent hurricanes.

MSN is joining with other labour rights organizations in supporting the CRSMT’s call for dialogue and concrete action. Each of the demands outlined in the CRSMT’s proposal to brands is consistent with those being put forward at the global level by the Clean Clothes Campaign network. To date there has been no serious response from any of the brands contacted.